My Take on Apple TV 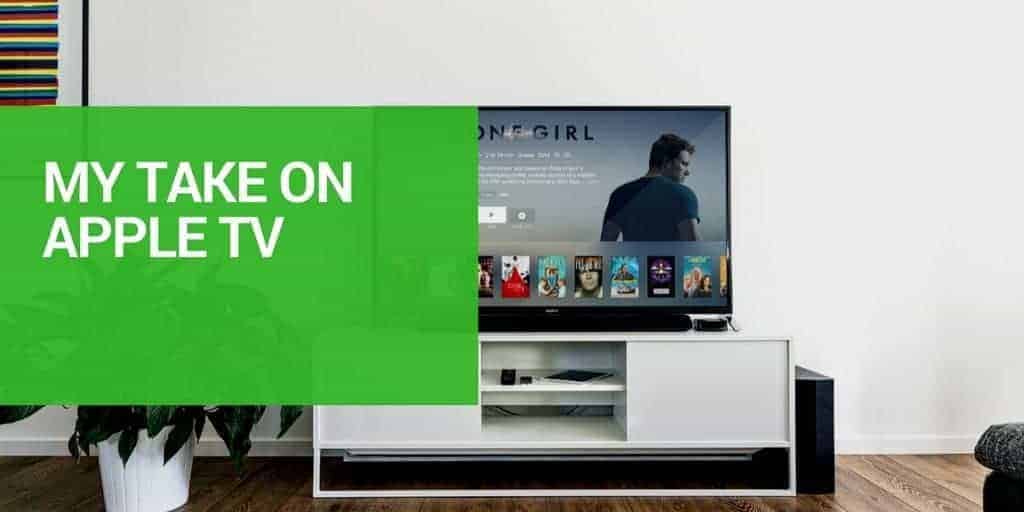 If you would like to know more about our functional medical practitioner website design, or if you would simply like us to take over the management of your website and SEO - just call (305) 766-6210 today for a no obligation free quote or complete the from by clicking here.

My Take on Apple TV

Since the death of one Steve Jobs and release of the Steve Jobs book by Walter Isaacson rumors have been spreading like wildfire about a new television to be released by Apple sometime in 2012.

Since the death of one Steve Jobs and release of the Steve Jobs book by Walter Isaacson rumors have been spreading like wildfire about a new television to be released by Apple sometime in 2012.

In this book, Isaacson quotes Steve Jobs: ‘I’d like to create an integrated television set that is completely easy to use,’ he told Isaacson. ‘It would be seamlessly synced with all of your devices and with iCloud.’ No longer would users have to fiddle with complex remotes for DVD players and cable channels. ‘It will have the simplest user interface you could imagine. I finally cracked it.’

So what will this be?
Personally, I think you only have to look at the iPad or iPhone to understand where this may go and I think I might have some ideas on this. If you look at televisions today they are the slave to the incumbent lazy broadcasters and cable providers, basically, every TV has a receiver that scans for channels and if you have cable it works a little the same albeit with a set top box. Nothing has changed for decades and TV manufacturers are stuck in the loop of releasing the same tired systems and upgrading them with silly things like hacked on 3D (does anyone seriously think the whole family wearing 3D glasses would catch on?)

I think when Apple releases the new television it will revolutionize the industry and force TV networks, cable suppliers and television manufacturers to change the way we receive our channels, much like music producers were forced kicking and screaming into the 21st century.

Channels as Apps
I think it will work like this, you buy the Apple television and it comes with all the free to air TV apps (think channels as Apps), you download an app (channel) and that is included in your lineup, each app (ABC as an example) has a list of shows that are regularly updated that you can subscribe to and add to your list of shows to watch when you want to watch them. You simply ignore the ones you do not want and they do not appear in your lineup. Newly released (upcoming) shows are showcased on your TV Dashboard.

Accounts
A family may have multiple accounts for different family members (restrictions included) and each login displays a different lineup on the TV Dashboard. This will allow owners to filter access for different users within their family.

iTunes
I think everything will be in iTunes and you will be able to sync watch this across multiple devices such as your iPad, iPhone, iMac, Laptop etc.

Location Based Advertising
I have written about this multiple times in the past, but location based advertising is the only thing that will save free to air TV networks and will be a worldwide trillion dollar industry. This will mean if you live in Queens/New York you will not only see national chains advertising on your channels but also local pizza stores, cafeterias, nightlife and local tourism operators, finally giving the networks access to small business again (watch TV now and advertising is almost entirely from the big boys).

Advertisers
Advertisers will be able to log in and see what space is available to advertise their products and services in their own area or areas, they will be able to create ads using web based systems and ad templates and book spots, pay for commercials by credit card and Apple takes a chunk and distributes the rest back to the networks. It would almost make an ad agency/ buying group cry.

Summary
I know this is fairly well departed from anything I have seen written on the web, but I truly think that this model would work if it had the power of Apple, then perhaps Google as a competitor behind it. Current free to air TV networks would get a lifeline – even though I think they are the last ones to deserve this and it would open up a world of opportunities for the little guys.

Then the only thing left for Apple to conquer would be the car stereo and you would easily see how they could change this tomorrow.

Peter Ricci is a writer, speaker and the creative force behind web technology companies Yakadanda and Agentpoint

Create the Content to Attract your the Perfect Patient

When I talk about the perfect patient – I am referring to a patient that stays understands the commitment needed long term to themselves and your Functional Medicine Practice.

All too often when I speak with new or potential clients they are surprised to learn how poorly they are performing local search engine results pages (LSERP) when I give them a tour of their Google Search Console results.

Reopening after COVID 19 Lockdown? What has changed for Functional Medicine Websites?

As a service to your Functional Medicine Practice, Yakadanda is offering for a limited time, a complete overhaul for your online business for Zero Upfront. See below post for details!

With the introduction of two new settings – TeleHealth Links and COVID 19 post types, Google My Business is aiding health Care providers with direct help for Integrative Functional Medicine Practitioners, to keep their patients up to date.

Adding an eCommerce solution to your Functional medicine practice is a big decision to make, what kind of eCommerce website pretty much determines itself and is dependant on your current commerce solutions and your size!

If you would like to know more about our functional medical practitioner website design, call (305) 766-6210 today or complete the from by clicking the button