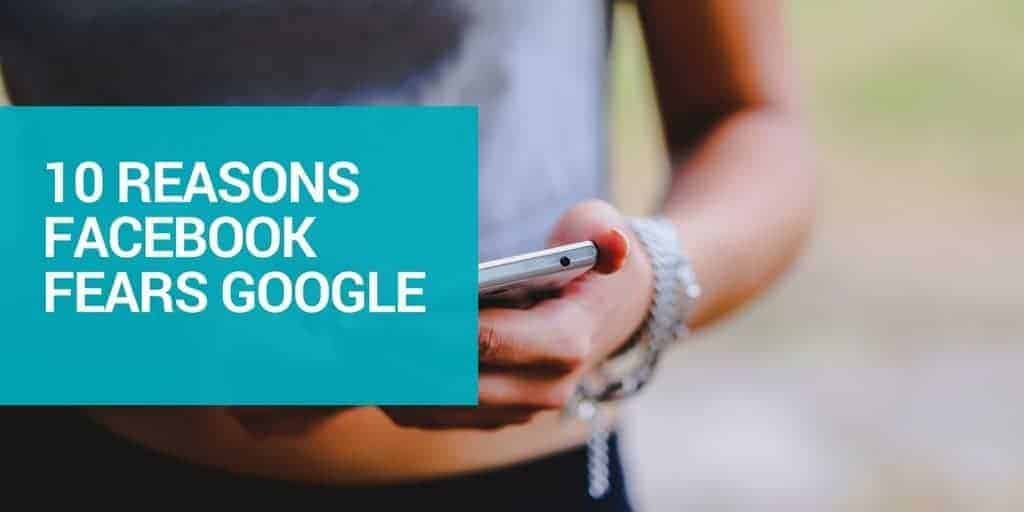 If you would like to know more about our functional medical practitioner website design, or if you would simply like us to take over the management of your website and SEO - just call (305) 766-6210 today for a no obligation free quote or complete the from by clicking here.

In the past, I have penned some notes on why I think Google is a Facebook killer in the business realm and let's face it if you are in business and you are not at least partially invested in Google, then you are pretty much a follower and not a leader!

In the past, I have penned some notes on why I think Google is a Facebook killer in the business realm and let’s face it if you are in business and you are not at least partially invested in their company, then you are pretty much a follower and not a leader! However, I have always held the firm belief that Facebook will rule the personal space at least for the foreseeable future – not anymore!

Let me be clear, Facebook’s demise as number one social platform is not imminent, it is however in my humble opinion – inevitable! The reason I think for this is ten-fold and I am going to layout why in ten points!

1. Embedded in Our Lives

Facebook is a huge part of our social life, both for personal and for community reasons. It is the easiest way to get a bunch of people to a local cafe or restaurant, it is the best way to share your travel experiences and day to day thoughts (sigh), but let’s be honest, They is also in our lives just as much, through search and media such as YouTube, nearly all videos shared on Facebook are YouTube Videos and just about every search we do is on Google. They have now made it a requirement to have a Google account to make comments on YouTube and companies love a good excuse to force us to do things, and Google’s excuse, which is that YouTube is filled with anonymous hate messages, is a valid one and now to make a comment you must have an account and soon everyone will need to validate that account with a mobile phone number.

Just how much of a difference this has made is anyone’s guess, but anecdotally I have a very organized Google Contacts account with over 2,000 contacts and I can tell you that dozens are joining every day because Google notifies me whenever a Google contact joins Google+. So this may be forced growth, but eventually these tens of millions of new users will explore the system and when they do, they will find a feature rich social environment!

Facebook has the Facebook website and the Facebook App as well as the horrific ill-conceived “I will take over your phone” Facebook Messenger, but that is it! And what updates have we seen in the past two years from Facebook? None, that make my social life easier or better, as just about every update involves them trying to get better at marketing to me and this is an obsession that is going to hurt Facebook. (As a note, I removed every single business like, movie like etc and Facebook doesn’t know what to offer me anymore, other than friends likes)

On the other hand, Google’s software just keeps getting better, updates come almost every month. Side by side, Google Events, Photos, Profiles, Hangouts, Helpouts, Authorship, Maps, Search, Pages, Local Listings – completely and utterly eclipse the same or similar offerings from Facebook and once the younger generation gets onto this and some prime movers adopt it, the surge will be swift.

Just on photos, anyone with the Google App installed on their Android or iPhone can have every photo synced automatically and then shared and not only that – Google+ AutoAwesome Feature can create movies you can edit in minutes to share. The difference in features and ease of use between the two on this very point is just so vast and must be causing huge concern to Facebook.

Android phone saturation is now reaching 70% market share worldwide. Yes, I know all your friends have iPhones, but the top of the range Android phones -like the HTC One, The Samsung S4 and the new Nexus 5 (even though it is a real bargain at $300 off-contract) are just as good and in some cases better than the iPhone. Android’s problem historically has been being quasi-open source platform, meaning that every device manufacturer such as Samsung, HTC, and Motorola has had their own skinned versions of Android and with that, a pathetically slow upgrade path to the latest versions, but recently all of these manufacturers have stepped up their game and the new Android Kit Kat has made it a lot easier for manufacturers.

Then add Chromebooks (laptops) massive growth in schools, tablets, and now wearable devices like Google Glasses and Google’s software is all over it. Facebook, on the other hand, launched their own phone, which was a massive disaster and was pulled swiftly by the manufacturer within weeks.

Google’s web services are legendary, but perhaps only amongst businesses. What business does not a Google Local Listing, Google Analytics or Google Webmaster Tools?

But let me talk about Google Now (which I hesitated to put under software, as it is more of a service)! This is perhaps the best app service on the planet. It is embedded in every single Android phone sold within the last few years. Google Now is a location based service allowing you to get directions, check sports scores, weather information, flight arrival and departure times, deliveries, local restaurants, events, television, movies, events, birthdays, reminders, property listings, the list just goes on and on and all from a flick of a finger and all designed to assist you – where you are, it is simply phenomenal and once it gets sports global it will be an even bigger hit! Facebook? Nowhere to be seen in this regard!

As I have mentioned above Facebook has done pretty much nothing of note for at least 3 years. Sure there are some minor updates here and there, but really none of them make Facebook any better for me. It seems Facebook is so preoccupied with growth and revenue, it has forgotten what made it great. I can remember when MySpace ruled and my brother and a business partner were chatting. I said back then that Facebook will win (it has 7 million members at that stage), primarily because everyone’s layout was the same, very neatly organized and MySpace was a pigs breakfast with every profile completely different, horrific fonts and colors and backgrounds which made it a nightmare. Facebook organized our lives neatly and this was a huge innovation. But now there is nothing new from Facebook to get excited about and just about every new innovation from Google+ is making my social life better. Google have a long way to go with Google+ API’s but Facebook’s have always been pretty poor as well.

Facebook’s ties to Microsoft are hurting them, in hindsight, this was a huge mistake. Apple would have been such a better fit and would have been able to tie so many things together. Microsoft’s days are getting shorter all the time. Yes, they rule the desktop, but let’s face it, even today the desktop is far less important than it used to be and with less than 2% of mobile market share and going nowhere, Microsoft are in trouble.

Google’s major partnerships are from the mobile device and laptop manufacturing, but outside of this they are pretty sparse too, however, they have one big advantage, the millions of software developers and companies around the world that love their systems and integrate them in so many ways. Apple have people that love their devices and I are one of their biggest fans, but Facebook has Microsoft which equals a lonely existence. Facebook’s ties to Microsoft and not Apple is the one major blunder of recent years and with this, they will pay a heavy price!

As mentioned previously, updates from Facebook are sparse and irrelevant, whilst Google rolls out something new each week or enhances something to make it even better. Google Hangouts on Google+ is great and now they have also added Helpouts, where you can be paid for your services and time. Photos is extraordinary, add Google Now and it is game over in the distance. Google is also having a hackathon in a few weeks and we will see even more updates to their offerings. No company on the planet embraces developers like Google and it has been a massively profitable formula.

So when will the tipping point occur? It is hard to predict, but my guess is by the end of 2014 we will be hearing so much about Facebook’s slide in growth and their rise that it will eventually be inevitable and it will come fast. I remember the technologically illiterate Rupert Murdoch talking about Facebook’s rise and MySpace’s possible demise as a fad that will die a quick death. Facebook better be prepared better because it will happen fast!

Almost no one is predicting them as a winner, even recently The Daily Show’s Jon Stewart mocked Google+ for being a barren wasteland, however I just have this gut feeling that they just have a winning formula, this ‘gut feeling’ is based on being a heavy user of their systems and I have found my time now taken away from Facebook because I enjoy the features so much more on their system . Add to that that so many things happen automatically and that Android is the dominant mobile ecosystem, I think the time is coming!

Resources every person should have on their phones

Peter Ricci is a writer, speaker and the creative force behind web technology companies Yakadanda and Agentpoint

Create the Content to Attract your the Perfect Patient

When I talk about the perfect patient – I am referring to a patient that stays understands the commitment needed long term to themselves and your Functional Medicine Practice.

All too often when I speak with new or potential clients they are surprised to learn how poorly they are performing local search engine results pages (LSERP) when I give them a tour of their Google Search Console results.

Reopening after COVID 19 Lockdown? What has changed for Functional Medicine Websites?

As a service to your Functional Medicine Practice, Yakadanda is offering for a limited time, a complete overhaul for your online business for Zero Upfront. See below post for details!

With the introduction of two new settings – TeleHealth Links and COVID 19 post types, Google My Business is aiding health Care providers with direct help for Integrative Functional Medicine Practitioners, to keep their patients up to date.

Adding an eCommerce solution to your Functional medicine practice is a big decision to make, what kind of eCommerce website pretty much determines itself and is dependant on your current commerce solutions and your size!

If you would like to know more about our functional medical practitioner website design, call (305) 766-6210 today or complete the from by clicking the button